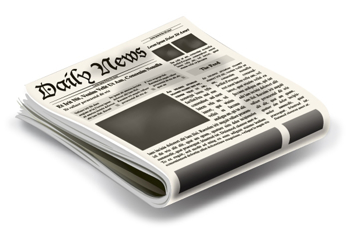 So, as you may have noticed, it’s now March which means our February release date for the Mavic 2 has slipped. We're very sorry for this, but we have good reasons for it.

The group of people who contributed the M2 hack and claimed the bounty have been working with us to integrate this into NLD. However, these are real people with real actual jobs and lives, in both cases, real life has gotten in the way of this project. It’s still 100% going ahead, but without the help from the external contributors, it simply isn’t possible to get this implemented. To save future disappointment, we’re not going to mention a release date again, but just keep your eyes out.

NLD V1.9 should be released within the next few days, it’s in the final build stages and testing. The headline changes here are primarily bug fixes, with a HUGE amount of effort gone into the firmware detection and flashing system. We’re hoping to completely remove all bugs in the system, so it can always detect your firmware and get rid of the annoying “Phase” loop where it can say “Phase 59” or whatever during downgrades (for reference, there should only be 2 phases!) We have also put in some work on the latest Spark and Mavic firmware’s so the crashing bugs on these firmware’s should be resolved too.

In the meantime, well, what comes after 1.9? That’s right, 2.0. We haven’t been resting on our laurels with 2.0. We have been working to completely replace DJI assistant 2, even the cut-down bundles core dependencies that we currently use will be removed, we will be talking to the drone in its "native" language which means no more weird COM port issues and less issues overall as there isn’t a middleman in-between NLD and your drone. We have some very early test builds running internally and have all the communication aspect working well.

The reason for this change isn’t just because we wanted something to do, but it helps us lay out a good framework for future growth. If all NLD does is send DUML (drone language) commands to the drone, it means we lose Assistant 2, but we gain simplicity. This opens the door to running the NLD framework on other platforms than Windows (were talking, Mac, tablets and phones, all running what was NLD Desktop) as all the heavy lifting can be done by the NLD server, the client side of things essentially becomes an interface full of dumb buttons, made "smart" by the server! This is a little way off, but it’s a wholesale change in the way NLD works, so it’s important to lay good foundations.

So that’s the end of this blog post, some good news, some bad, but we hope you understand the delays.

As a side note, please go to our Q&A blog post and get some questions answered :)
https://nolimitdronez.com/nld-qa-session#comments

/All at the NLD Team

3/1/2019 8:52 PM
Is there any sort of update on Mavic Air unlocks/NFZ removal? Although my spark is fine unlocked, it sucks that I can't use my Air as much.
Trent

Beyond the long recent controversy (almost like by a deaf and a blind) I have just seen only now on Slack, about the delays and promised dates not respected, your work is a very difficult task, so also me say thank you very much to everyone of you!

Maybe I exaggerate, the comparison is a bit' forced, but you know how many times the brilliant Elon Musk has promised (or only announced) dates that almost always have not been respected, for almost all its extraordinary companies, with SpaceX and Tesla?
But also with the big delays he is a winner, is doing amazing things, the impossible for others, for him becomes reality, maybe with 2 years of delay, or even more.

So, let's relax a bit and don't stress too much these smart guys, they can make small mistakes, or be too optimistic, like can happen to every human, but they are also unique for their work and loved for what they have done and what certainly will do for us.
Haviv

Seriously, if you wanted a sub par drone with no restrictions then you would buy a Yunquee or Autel (I like them sorry). So again the NLD team is working in a priority basis and your place in line may be back a bit but they will get to it. I do not foresee Drones going anywhere but growing bigger soon and as far as the Geo-fencing shit. It will take 1-2 problems where that FAA unsupported program causes an issue by taking the controls out of the pilots hands that causes a Class A mishap that will be confirmed by the NTSB and the Geo Fence will be gone.

So from a Retired Air Traffic Controller, very happy Mavic Pro Pilot and waiting Inspire 2 Pilot (that is Handicapped by the way).

Thank you for your service to the Drone  Community
Guest

3/31/2019 10:10 PM
March has come and is now almost gone.. No sign of NLD 1.9, again another deadline that the team has not met. In the future.. I would not put a date on anything you are planning on releasing. In a real organization someone would be fired.
Also if the Bounty has already been claimed why are you still taking money for it?
hui