The king is dead! Long live the King. NLD the 1.9th has ascended the throne. 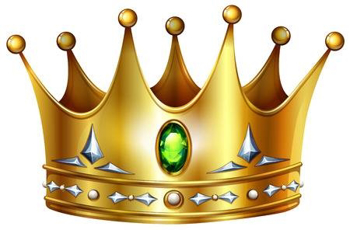 Finally, after the long wait it happened. The 1.9 update is now released and the masses rejoiced. So what is new with this update you ask? Well, we have Mavic 2 support with NFZ, firmware flashing among other things.

Another thing worth mentioning is the complete rewrite of the NLD MOD Client. This has resulted in the client being faster in connecting with the drone, flashing fw's, reading parameters etc.

Firmware detection has also been given an overhaul so we hope to be able to reliably identify firmware versions of your drone moving forward.

1.9 Celebration Prize Draw
To celebrate the long-awaited release of NoLimitDronez 1.9, we will be running a prize draw where we will be giving away 10 license keys for NLD.

If you purchase any license keys for NLD between the 18th of April and midnight on Sunday the 20th of April then you will be automatically entered into the draw.

After the closing date, we will randomly find ten purchases and refund the purchase, essentially giving you the key for free!

There is no limit to the amount of entries, so if you have multiple drones and have been waiting to purchase NLD, why not do it now. 1.9 is a major step forward in reliability, features and speed and now you could even win back the cost of your purchase!

The competition is open to all NLD customers from around the world. Good luck!


NLD Bug Bounty Updates
Since we now have the MP2 added as a supported drone in NLD, we have a claimed bounty, the first one we have paid out on. The final total of the Mavic 2 root came in at $5,042, all of which will be going to the contributors of the root method.

We are really happy with the way the program ran, and hope it lends some credibility to the program, we aren’t just sitting on a beach sipping cocktails with the bounty money! Your generous donations to this cause have spurred on some talented people to give us the goods to add the MP2 to NLD.

As for what’s next? We will be launching new bounty targets as we would always like to have at least three targets at once as well as a treat for people who have already donated to the bug bounty.

Anyone who has donated $100 or more will receive a free NLD license key. We feel this is a fair way to reward our larger donators for their support, we really hope you enjoy this little thank you and continue to contribute so that we can reach more bounty targets and ultimately make NLD better for you, our customers!

Since the release of NLD 1.9, we have had literally hundreds of support tickets, many of them asking the same couple of questions. To save on confusion, the common questions and answers are listed here. Please read this before submitting a ticket.

- It has come to our attention post release that these older OS's have trouble with NLD's new COM port drivers. We are working as we speak on a fix and hope to have it released very shortly. Please bear with us until this time and keep an eye for a new blog post/release with the fix in it. Alternatively, use a modern OS such as Windows 10 64 bit as this should work fine. Due to the massive ammount of support tickets, we kindly request that you dont submit a ticket with this problem unless it persists after the soon to be released update.

- We do not have a version of NLD Go4 working with the MP2 yet due to the protection mechanism DJI use on their newer Go4 apps. Please use the latest official DJI Go4 app. Yes, we know this means you miss out on FCC, but this is the primary reason its not shows as a supported mod on the NLD birdmap, were looking at alternate methods.

Regarding the M2P, when can we expect to get FCC mode?

Could you estimate when you are going to release the patch that allows removing NFZ from MAVIC AIR?

My Mavic air is parked at home since I bought it in Beijing.

I know other 3 people in the same situation

Should I try the mod even if my drone is running the latest FW?
Soddy

4/18/2019 12:03 PM
Just wondering at the speed boost for the mav 2. How is this configured? Speed boost in sport or all modes? Also what sort of speed boost are we talking about?
I’m mainly waiting for the fcc mode before I purchase for my mav 2, but speed boost would be cool
CS2000

4/18/2019 1:10 PM
RE Speed boost: it only applies in sport mode. As for your max speed, it depends on wind direction etc, but it will be MUCH faster than stock.
Jevon

what did you guys see during your testing?

I will buy and find out for myself, but until .300 is patched, I really don't want to loose access to WP.

4/18/2019 1:26 PM
is there any risk in the speed boost mode? Are you driving more more voltage to the motors or is it a simple case of the drone being GPS speed limited or tilt angle?

How does this speed boost work?
Michael

4/18/2019 1:34 PM
Christmas in April.
Finished my wrap on my I2
Patching up NLD on it
Awaiting my FT Aviator Controller
My modes Track Wheelchair come in today

Life is about to be on easy mode

Thank you again to all that made this possible
Петър

4/18/2019 4:41 PM
Man ILMAO How Sweet It Is The Flashing Is Cool As A Dog You Guys Are The Greatest Will Be Geting More Drones And Iam Very Proud Of You Guys Great Job To All Of NLD Who Are There Love Yall
Trent

4/18/2019 6:44 PM
Thanks to everyone that contributed to this -be it time, money or expertise, it is greatly appreciated!!
Jevon

We really appreciate the comments and support, but If you have a question, please dont post it here, its not the right place for us to answer queries and it may go unanswered or not even appear on the blog, please just log a support ticket and we will answer you 100% of the time.

That being said, ive updated the original blog post with some common question/issues we have noted after the first (almost) 24 hrs of release, so please read these before you submit a question, i dont really like typing the same thing out hundreds of times!
/cs2000
iSpike

To all considering MODDING their Drone then please consider using this link at no extra cost to you: https://nolimitdronez.com/?affiliate=ispike
Chris

4/19/2019 7:55 PM
What I found out is how to get this to work on Windows 10 and Windows 7 you have to run a compatibility test on the system let it do its thing it eventually found my drone I saved those settings of course I'm using Windows 10 compatibility mode saved for Windows 7 worked no problem fabulous job guys
Blog search
Blog archive