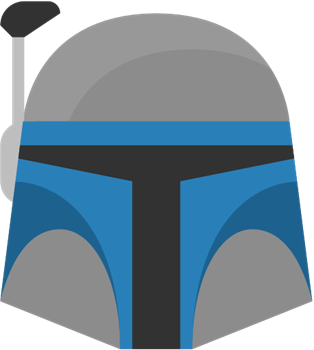 First of all, Good News Everyone! </OldFuturamaReference> The NLD bounty hunt has been progressing well over the last week since its launched generating around $1000 on top of the cash NLD first put in to start the pools up. As previously talked about, this will be used to incentivize anyone out there with the skills necessary to contribute their hacks to NLD and overall to the drone hacking community.

It seems like we have our first fish on the line. We have been contacted by a group of people working on the Mavic Pro 2. As you will know from the bounty page over at NoLimitDronez.com/bounty we are running a bounty on the M2, specifically targeting root access on the M2 so that files in the operating system are modifiable without being rolled back to an older firmware. Progress is being made here. As you can see by the screenshot below, these guys have managed to get ADB shell access onto the filesystem.

This alone qualifies for the bounty pot. We have also seen other evidence of how this hack is performed and are 100% sure of its legitimacy. The only thing we don’t have yet is the underlying code for the technique so it’s not something we can implement into NLD until we have a copy of their secret sauce.

We are so happy that the bounty has already yielded some sort of results, but we need you to help push this over the line. The team behind this exploit are waiting for the pool size to grow. They’re confident their technique isn’t being looked at by anyone else and are therefore sitting on the code until the bounty pool grows further.

Essentially, the faster donations come in, the faster they will give access to the code in order that we can add it into NLD as an exploitable bird. Simple as that!

Some of this may seem…selfish, but it really isn’t. Think about it, If you were in the same position you’d do exactly the same! Your payment will grow larger the longer you leave it as long as you take the little risk of someone else finding the same exploit. Think of it this way, they could have gone to DJI, turned over their bug and ruined the party for everyone, but instead they came to NLD, triggered by the bounty programme and your generous donations.

Lets pick up the pace and see how fast we can get this bird added to NLD!

/All at team NLD

1/29/2019 7:51 AM
Count me in!  Happily donated towards the cause.  I've been avoiding the M2P Firmware updates just in-case we need an older version to apply the root.  Fingers crossed you guys release sooner then later.
Thank you for your efforts.
Steven

1/31/2019 4:39 AM
You should make it an option for people to pledge more upon completion. I'm not sure if I should have confidence in the site or it's software yet and I would have gladly contributed more than I did if there was more of a guarantee.
David

2/5/2019 3:14 PM
well,if you could reach an agreement with the coders,I would be more than willing to contribute more upon the release of their methods. Im sure I am not the only one that would pledge more and that the goal would be reached much sooner.
I am excited to see that you are almost halfway there already. :)
Guest

2/14/2019 12:09 PM
Pledged as well and can’t add anything more to what has been said. Give the direction when the Group is willing to give the code and if they are willing to guarantee the success for higher pledges - I guess this would be a nice approach. Else also staying on the very original M2 firmware in case it is needed. Looking forward to free this young bird
trevor

2/26/2019 11:33 AM
seems to me your approach to cracking M2 would be better if you just charged more for the crack and donate a fixed amount of the proceeds like a royalty rather than take forever being held to ransom by the  hackers who will just hold out for more donations and a bigger pot
Robert

2/7/2020 3:25 PM
I agree with the people who would like to donate more to the group after they see it really works first instead of paying more for a bounty we can't see yet and may not work. How about an option like you can do an in app NDL purchase to use the exploit and if it successfully works , charge a few extra dollars and have it sent to the group?
Blog search
Blog archive